“The rich are different”… The real story behind the famed “exchange” between F. Scott Fitzgerald and Ernest Hemingway. 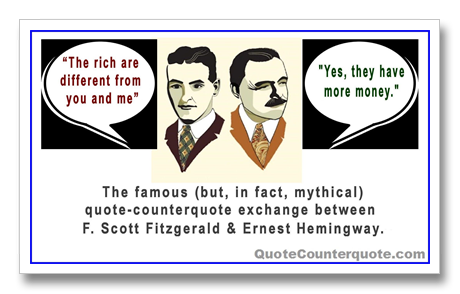 If you’re a quotation buff, you’ve probably heard of a legendary exchange about “rich people” that supposedly took place between the American novelists F. Scott Fitzgerald (1896-1940) and Ernest Hemingway (1899-1961).

Hemingway is quoted as responding: “Yes, they have more money."

In fact, this quote-counterquote repartee never actually occurred. But it is based on things written by Fitzgerald and Hemingway.

Here’s how it became a legend…

In 1925, Fitzgerald wrote a short story titled “The Rich Boy.” In 1926, it was published in Red Book magazine and included what became a very popular collection of Fitzgerald's early short stories, titled All the Sad Young Men. 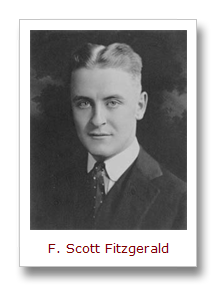 The third paragraph of the story says:

"Let me tell you about the very rich. They are different from you and me. They possess and enjoy early, and it does something to them, makes them soft where we are hard, and cynical where we are trustful, in a way that, unless you were born rich, it is very difficult to understand. They think, deep in their hearts, that they are better than we are because we had to discover the compensations and refuges of life for ourselves. Even when they enter deep into our world or sink below us, they still think that they are better than we are. They are different."

Clearly, that’s not a favorable view of rich people.

But years later, Ernest Hemingway, who had a sometimes-warm, sometimes-acrimonious relationship with Fitzgerald, decided to mock those lines from “The Rich Boy” in his short story “The Snows of Kilimanjaro.”

Hemingway’s original version of “The Snows of Kilimanjaro” was printed in the August 1936 issue of Esquire magazine. In a passage in that original version, Hemingway wrote:

“The rich were dull and they drank too much, or they played too much backgammon. They were dull and they were repetitious. He remembered poor Scott Fitzgerald and his romantic awe of them and how he had started a story once that began, ‘The very rich are different from you and me.’ And how some one had said to Scott, Yes, they have more money. But that was not humorous to Scott. He thought they were a special glamorous race and when he found they weren't it wrecked him as much as any other thing that wrecked him.”

Understandably, Fitzgerald was shocked and offended. 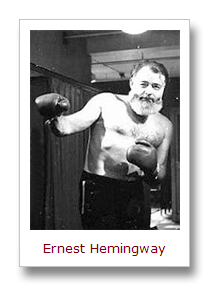 He expressed his dismay to Hemingway in a letter. He also complained to Maxwell Perkins, the editor who oversaw publication of both writers’ novels and story collections at the Charles Scribner’s Sons book company. Hemingway responded with what Fitzgerald described as a “crazy letter,” a rambling diatribe that offered no real explanation or apology.

Perkins tried to smooth things over between his two prized writers and used his editorial power to fix the source of the problem when Scribner’s reprinted “The Snows of Kilimanjaro” in the 1938 anthology of Hemingway stories, The Fifth Column and the First Forty-Nine Stories.

In the version of the story in that book, the name “Scott Fitzgerald” was changed to “Julian.” It has appeared that way in most subsequent reprintings.

Unfortunately for Fitzgerald, he made the mistake of writing a cryptic entry in a personal notebook that cemented the legendary version of his “exchange” with Hemingway into literary history.

The entry said simply: “They have more money. (Ernest’s wisecrack.)”

After Fitzgerald died in 1940, his friend, the noted critic and book reviewer Edmund Wilson, compiled a collection of his essays and unpublished writings in a book titled The Crack-Up. It was published in 1945. Wilson included various entries from Fitzgerald’s notebooks in the anthology.

One of them was the brief note about “Ernest’s wisecrack.”

Wilson decided to add an explanatory footnote for that entry in the book. He wrote:

“Fitzgerald had said, ‘The rich are different from us.’ Hemingway had replied, ‘Yes, they have more money.’”

Then, the famous literary critic Lionel Trilling repeated what he called this “famous exchange” that “everyone knows” in a review and essay about The Crack-Up, published in The Nation.

After that, many other articles and books cited this “exchange” as if it were an actual conversation between Fitzgerald and Hemingway.

And thus a famous quote-counterquote myth was born.